WOW! What a month! Shad, Redfish, Sea Trout, Bluefish, Flounder and more! March certainly proved to be a month of  diverse fish catches in several different ecosystems that NE Florida has to offer. From Amelia Island to Jacksonville to St. Augustine and all the way to some Central Florida cow pastures near the headwaters of the St. Johns River. Here is a recap of of what happened in a few of the trips…

In early March we closed out the American Shad fishing season on the upper St. Johns River with longtime client and friend Bob M. from Jacksonville. This was his 1st time trying for them. We fished 8 hours on the water near Christmas, Florida and could not find them until the last 1-1/2 hour of our trip right before sunset. They were holding deep in 8-10 feet of water so sinking fly lines plus heavier flies did the trick. He ended up catching 7 Shad up to 19" on a 6wt. fly rods making a successful trip! We also got some Red Belly Bream that are magnificent to see with their colors. Amazingly along the way we encountered probably upwards of over 30 Alligators as big as 12 feet long sunning themselves on the banks. Overall it was a tough year to find the Shad due to the higher than normal water level and to many cold fronts shutting them down. We did get in a few good trips and will be back at it next year starting in late December. 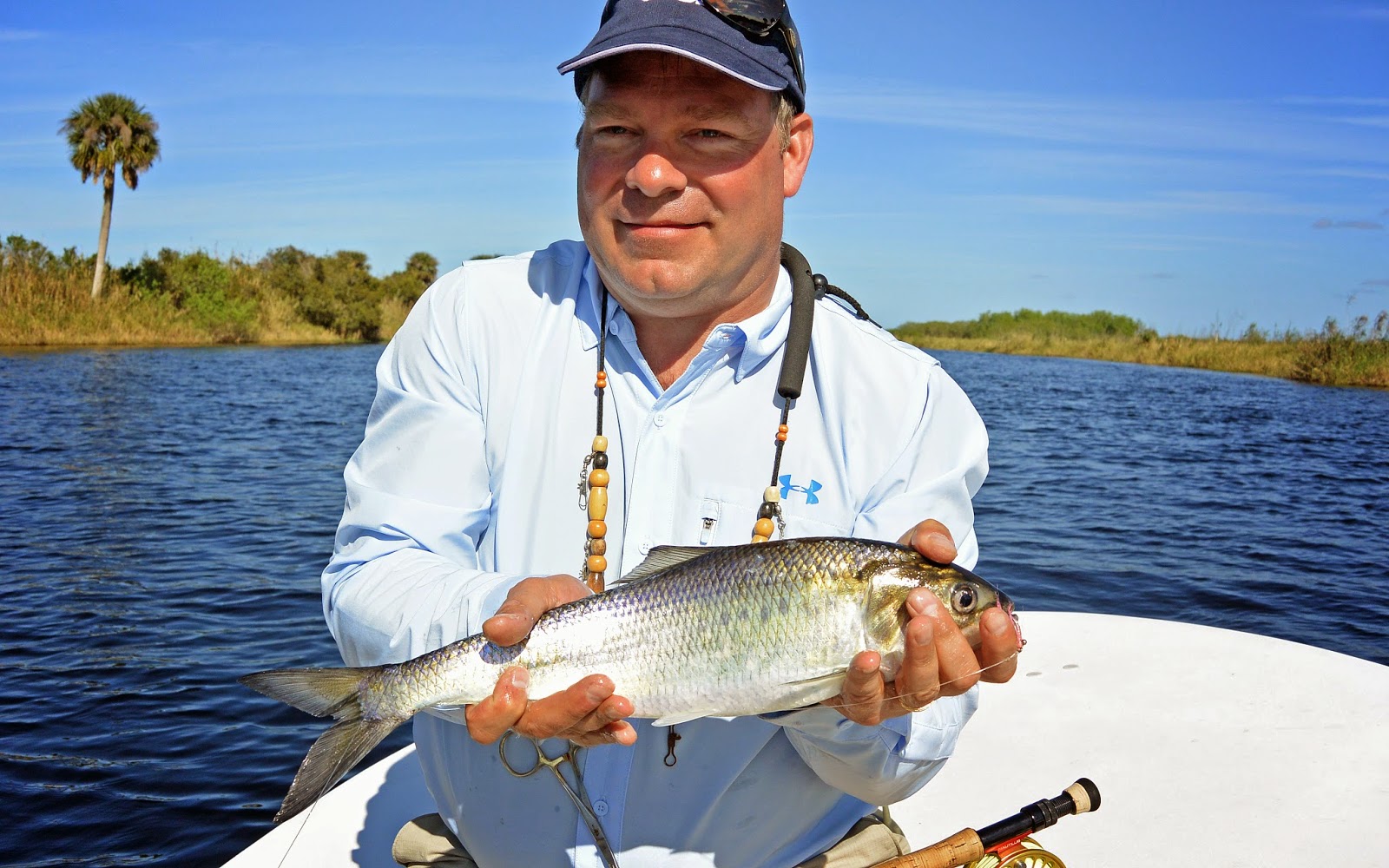 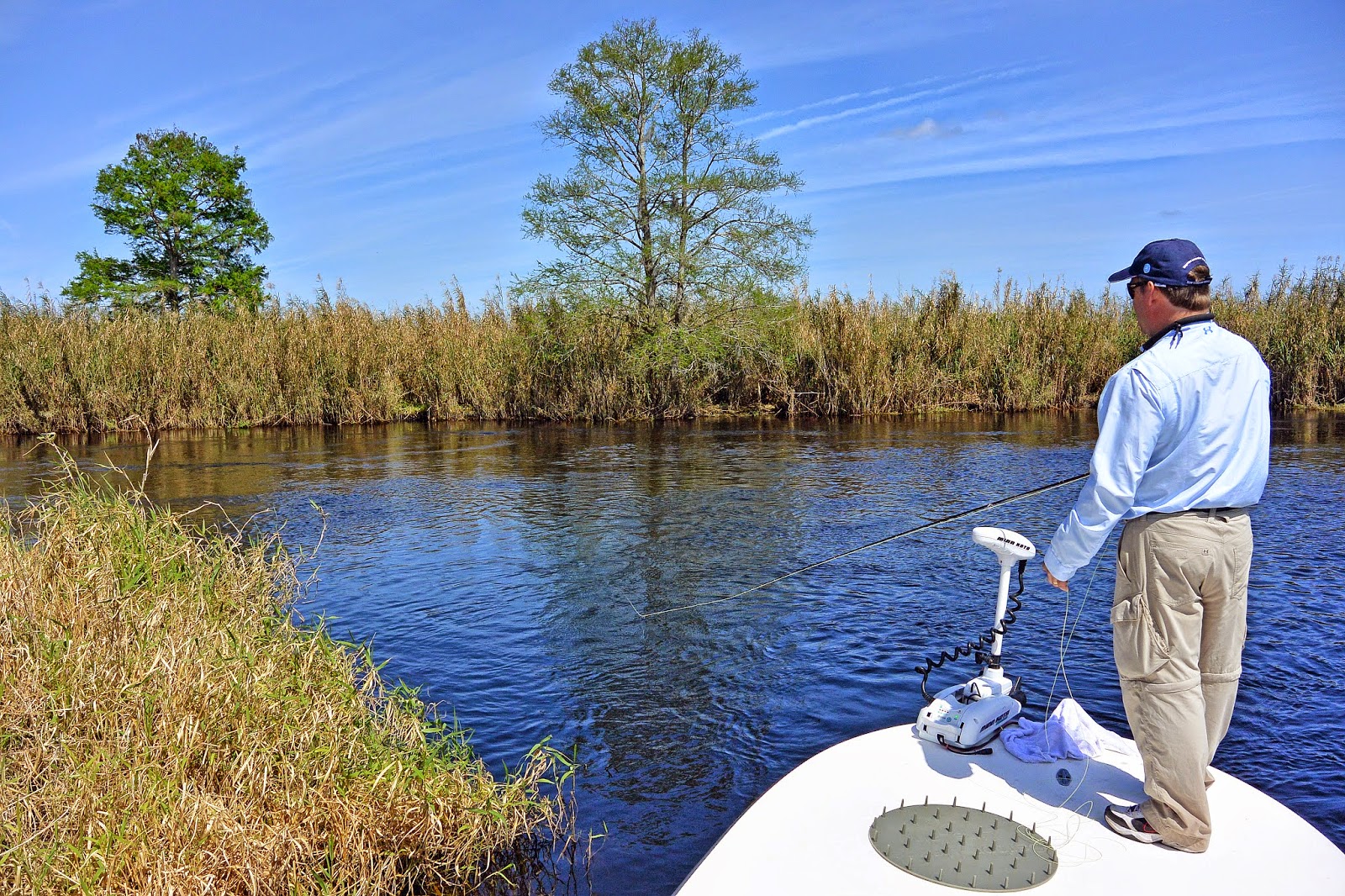 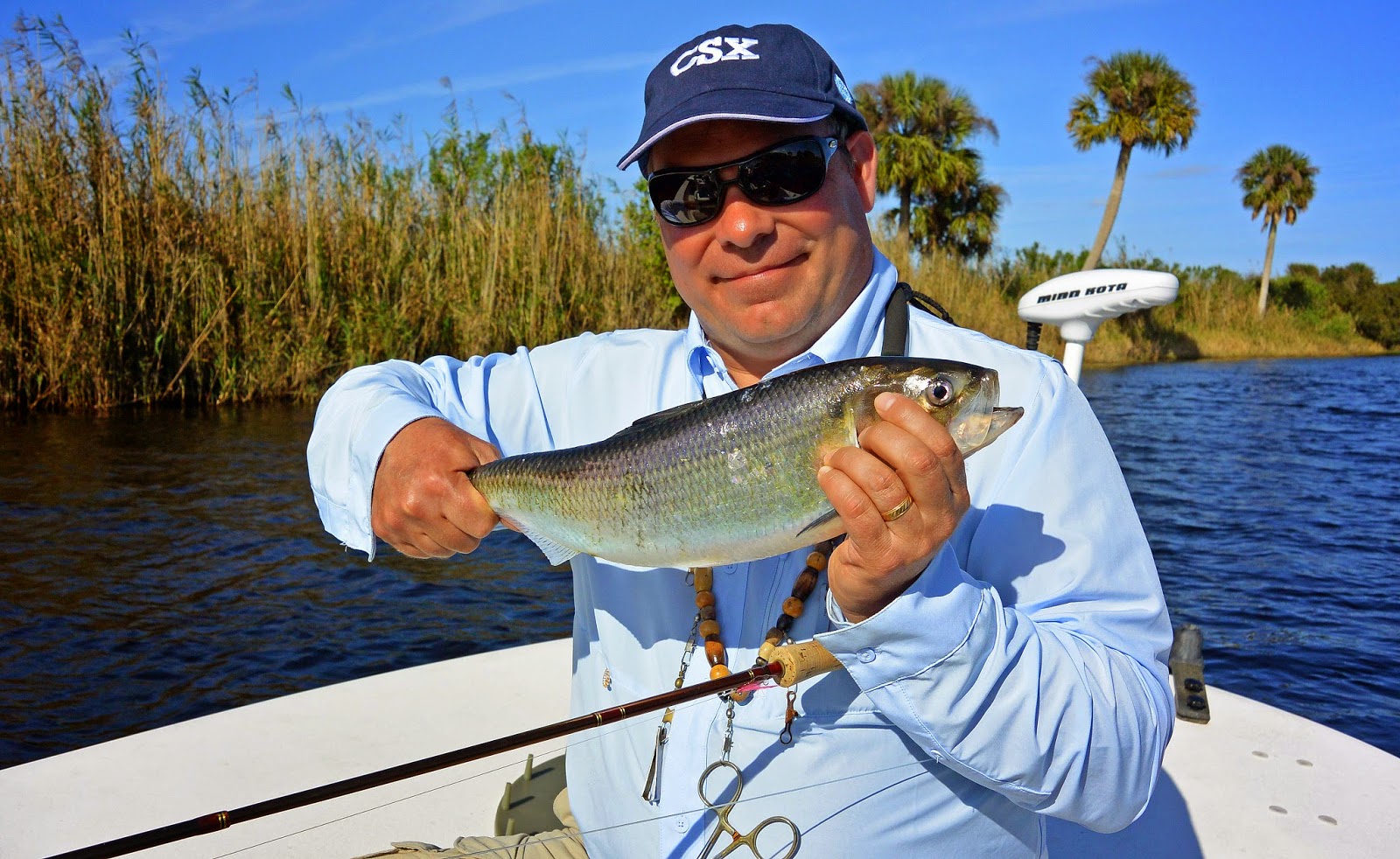 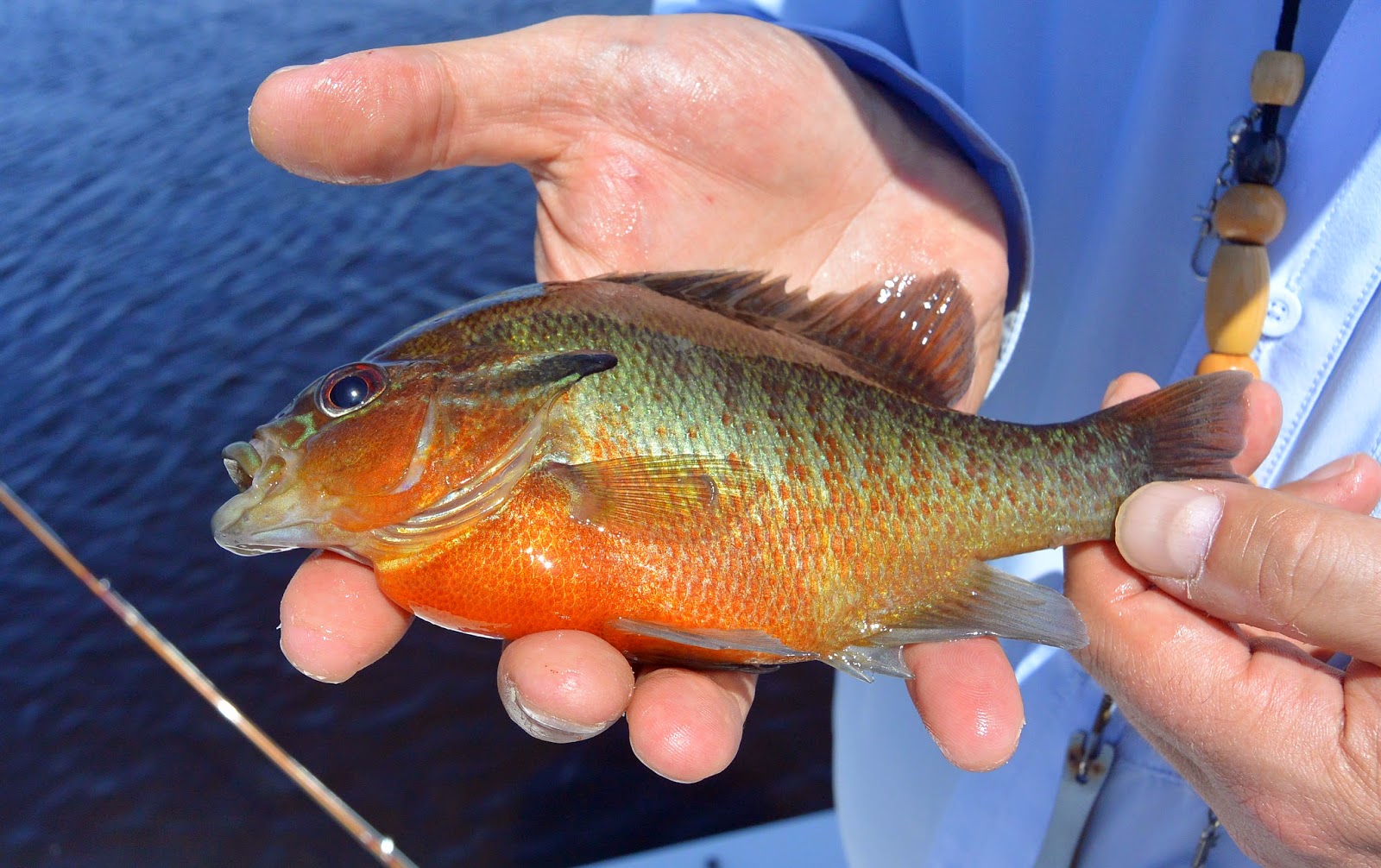 Mid-March brought some big Redfish to Wayne B. from Orange Park, FL and catching his 1st two Redfish's ever on a fly under beautiful weather conditions. Initially things looked very quiet on the mud flats but we remained patient for a while just hunting for any signs of life. As I quietly poled the skiff we came across some big laid up schools of Redfish around the Oysters mounds holding in about 12 " of water. They would end spooking and then swimming away from us. We poled after them and the sight fishing game was on! Once located Wayne would randomly cast into them and hook up! He got a real beauty that went 9 lbs. at about 29" long on my HD Clouser fly. Be sure to check out the video that captured the trip on my YouTube channel. https://youtu.be/oYNnOtyvYlA 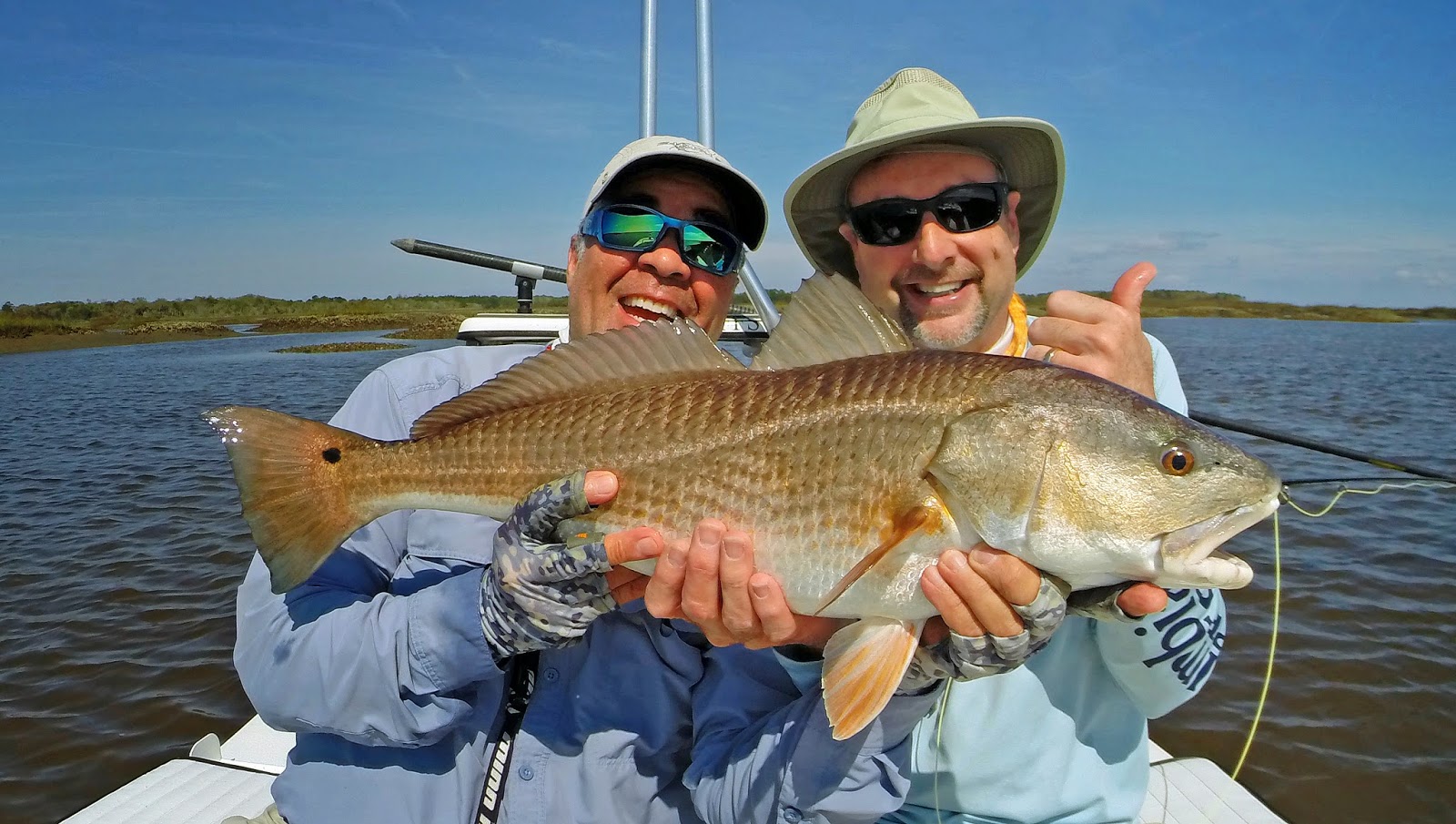 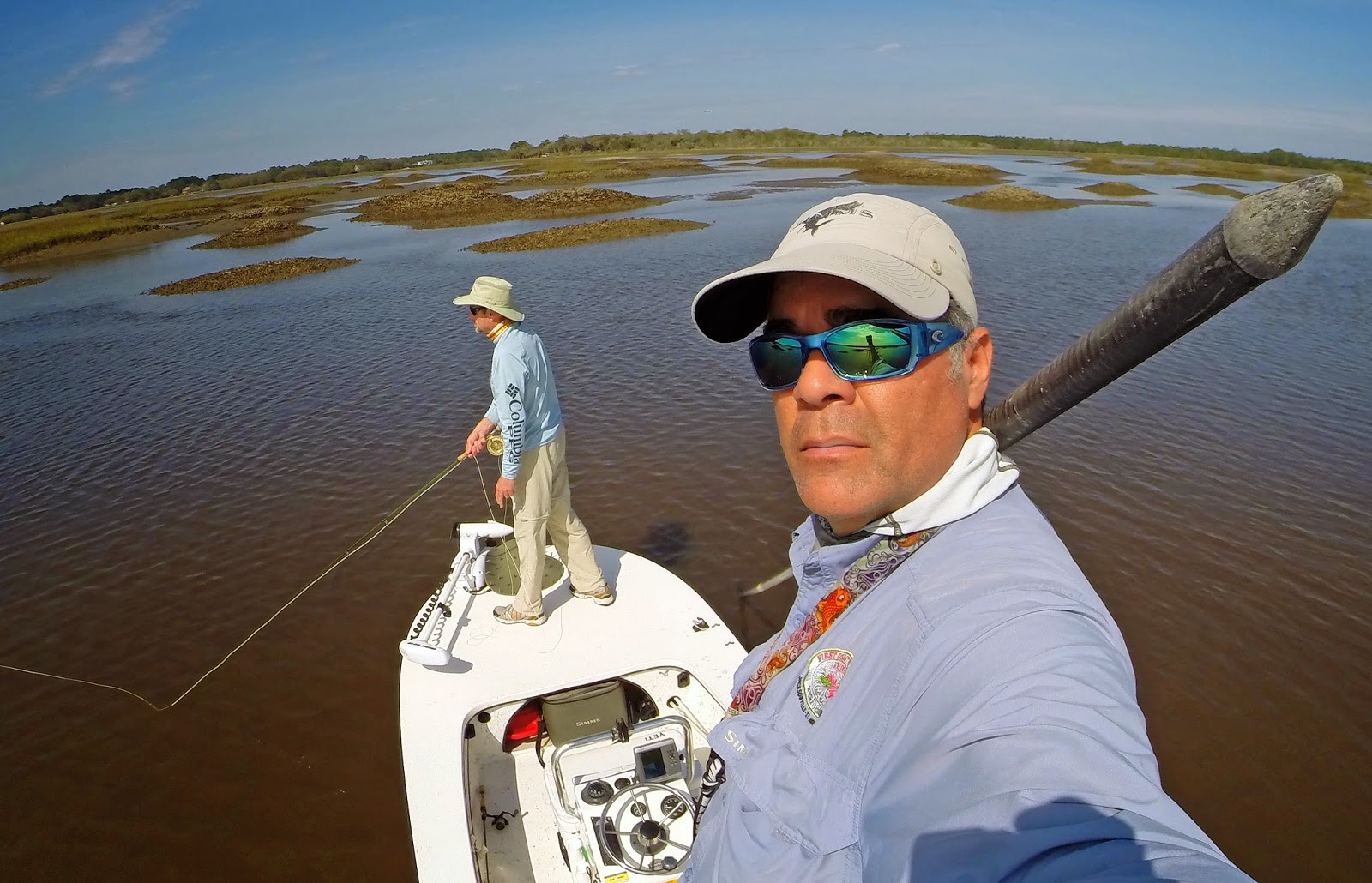 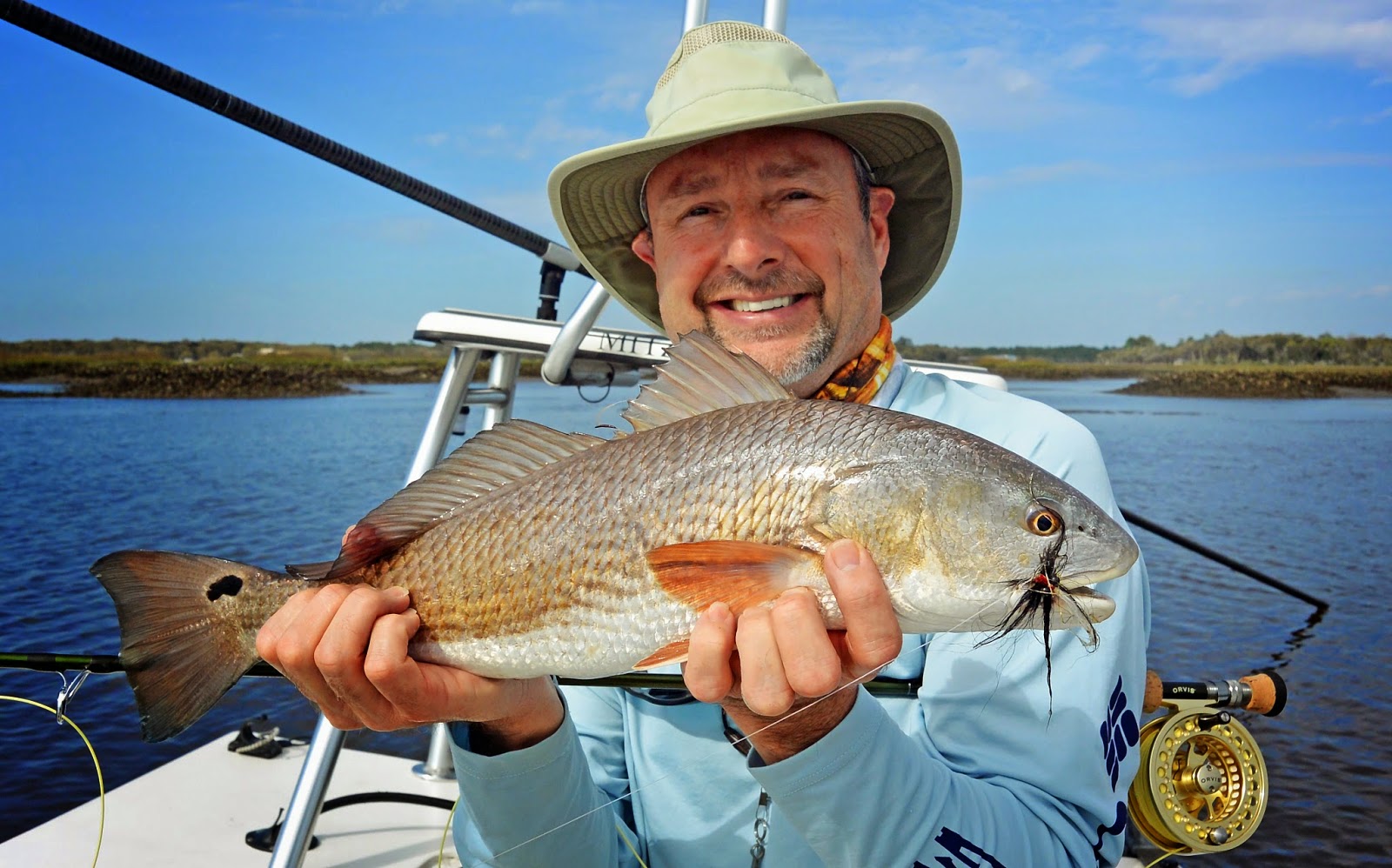 End of March Peter W. from Santé Fe, New Mexico called me to do a 2 day guide trip to catch his 1st saltwater fishes on fly. Peter was more accustom to using 4 and 5 wt. fly rods in small streams for 8"-12" long Trout. So his casting style was mostly doing roll casts of about 25 - 30 ft. After giving him a few casting lessons he quickly learned what it would take to catch his 1st salty fish! The weather conditions were not in his favor either! So I figured our best bet was to head down to the St. Augustine inlet area to try and get some Bluefish which are loaded down there this time of the year. Peter did better than expected and ended up catching a variety of fish including over 20 Bluefish up to 17" on 6wt. fly rod rigged with a sink tip fly line and my HD Clouser fly. His list of new species caught is Bluefish, Spanish Mackerel, Flounder and Sea Trout.  He kept telling me this is like casting a 357 Magnum Gun and catching Grizzles! 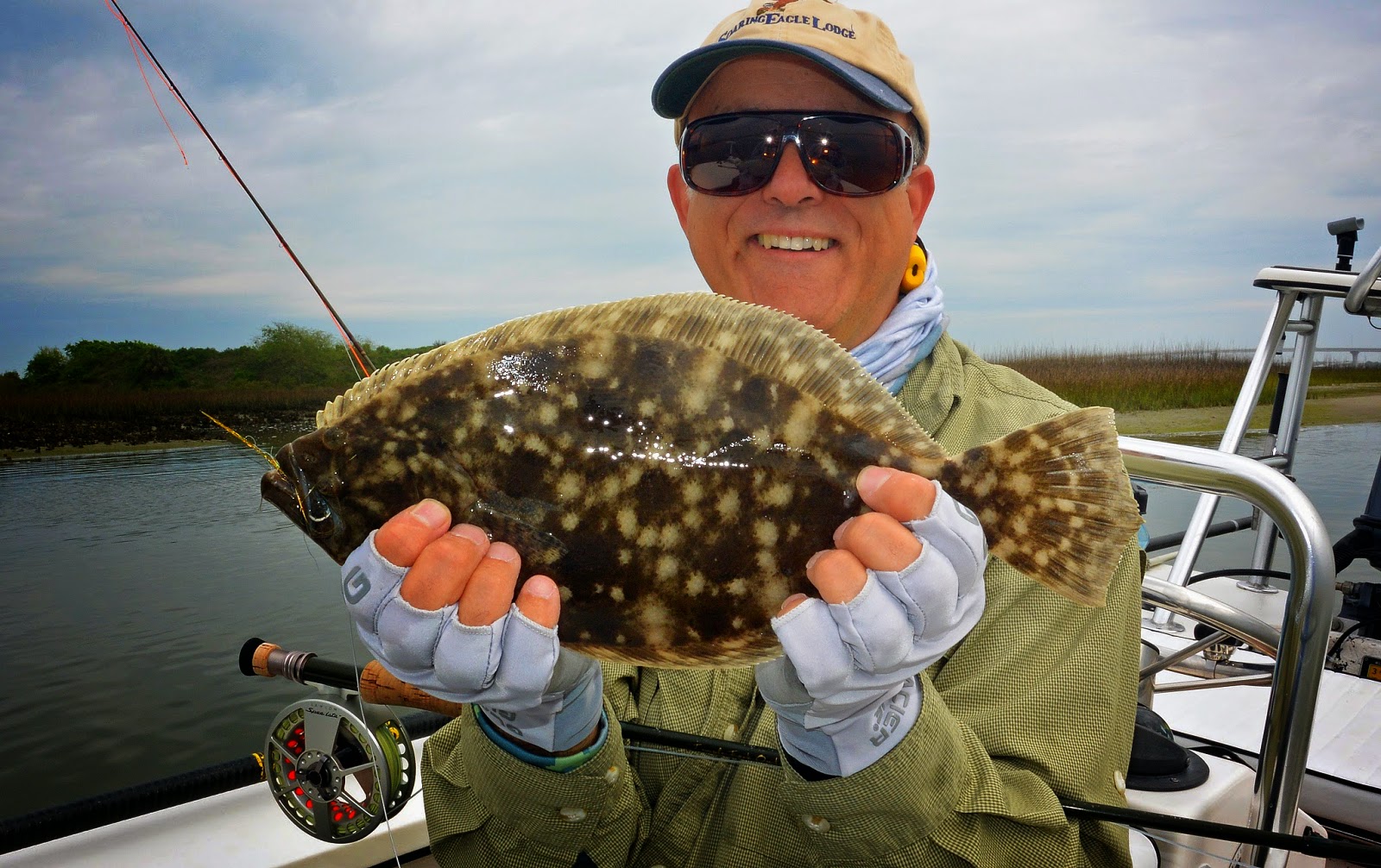 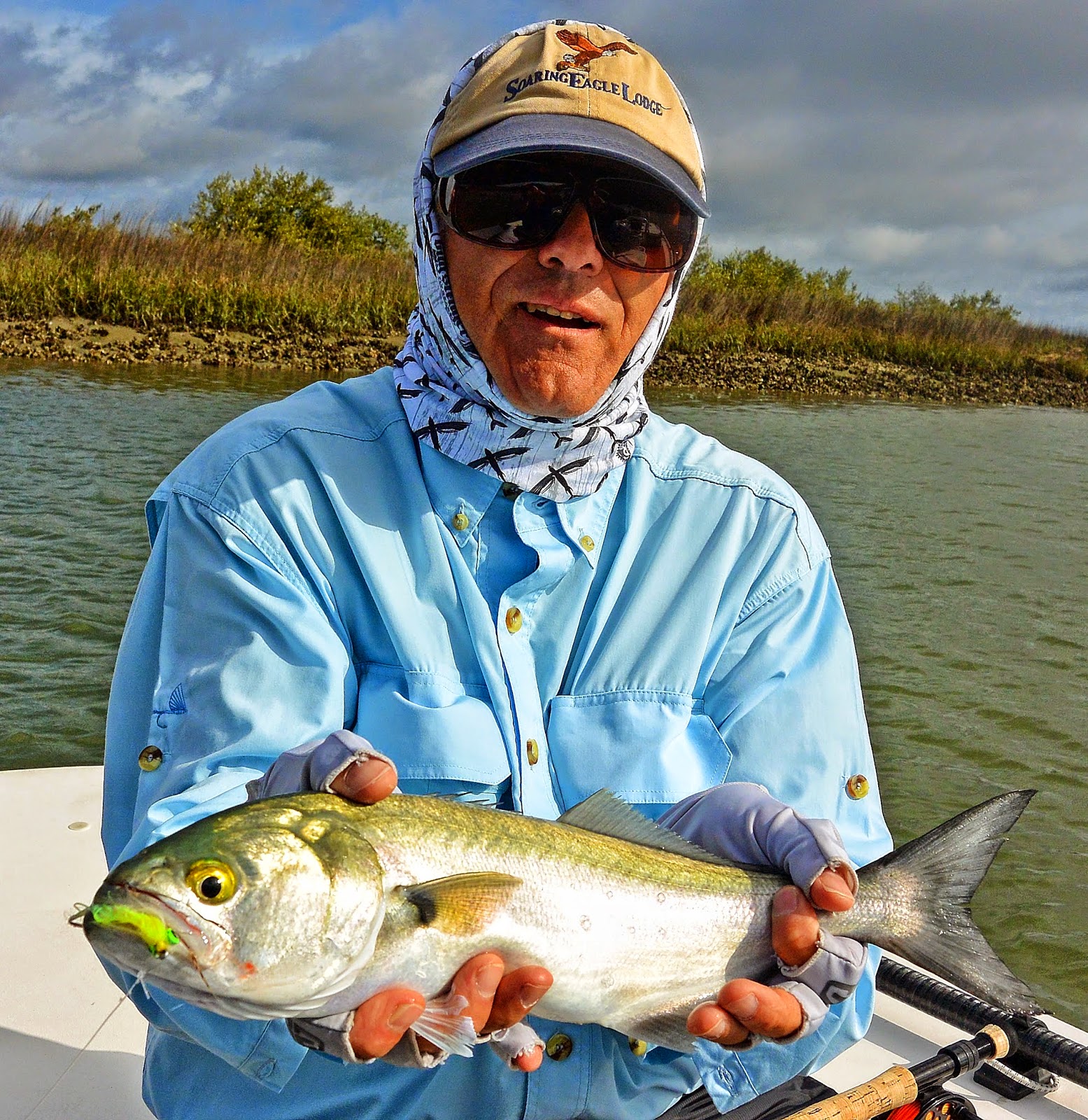 3/29/15- Last but not least I took Dale M. and his 17 year old Daughter Kerri out from Manitoba, Canada. They drove up from there St. Augustine hotel to fish the Timucuan Persevere because they said that goggle earth made it seem more pristine in NE Jax with less traffic. I agreed! An unusual big
cold front came down for this time year and had to bring back out some winter clothes again. I believe this certainly put the Sea Trout bite on as Dale ended up catching 7 slot sized Trout up to almost 22" on my HD Clouser Fly pictured below. Plus 5 Redfish between Father  & Daughter up to 22". All the fish caught were primarily sitting in deeper holes and not active on the flats. 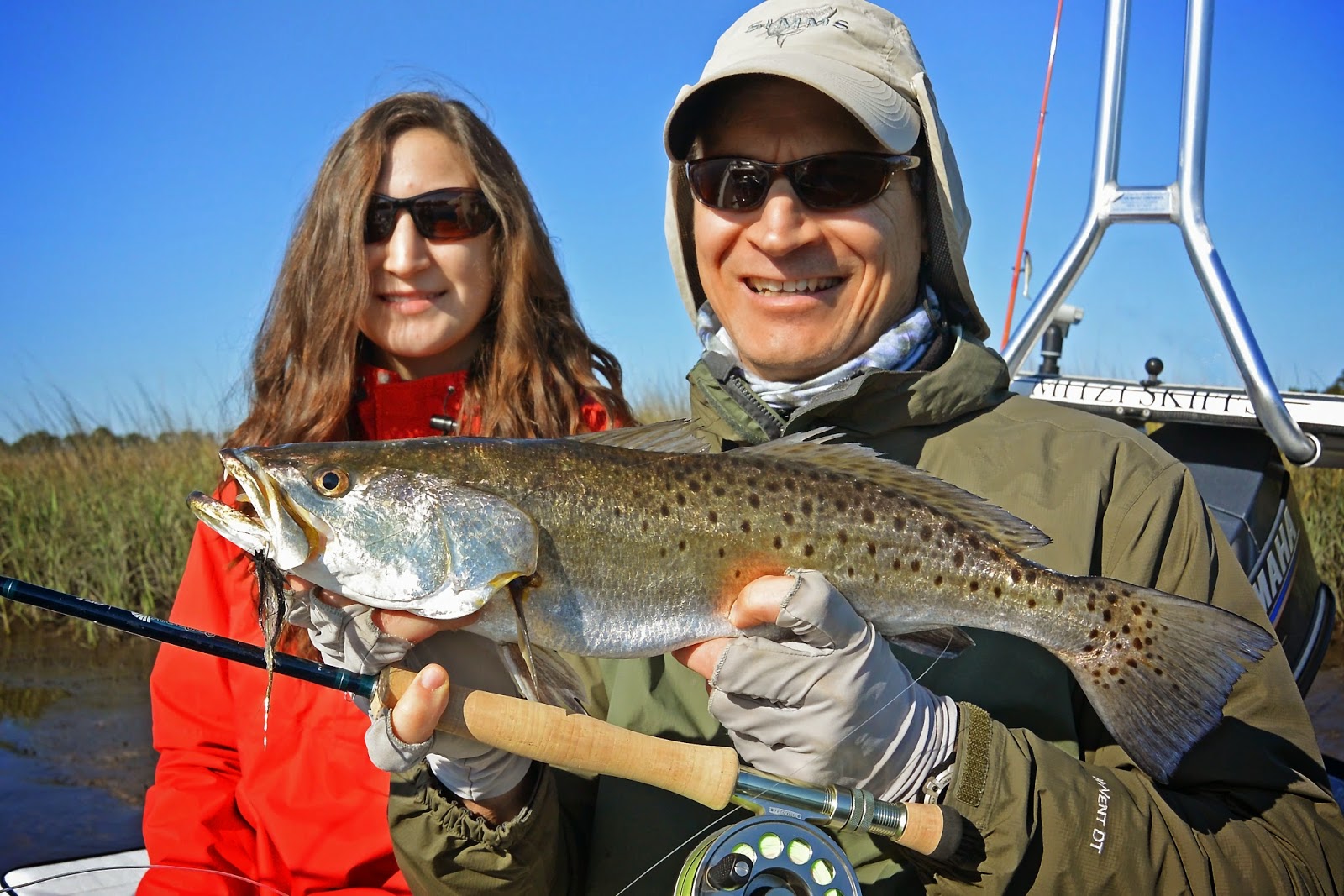 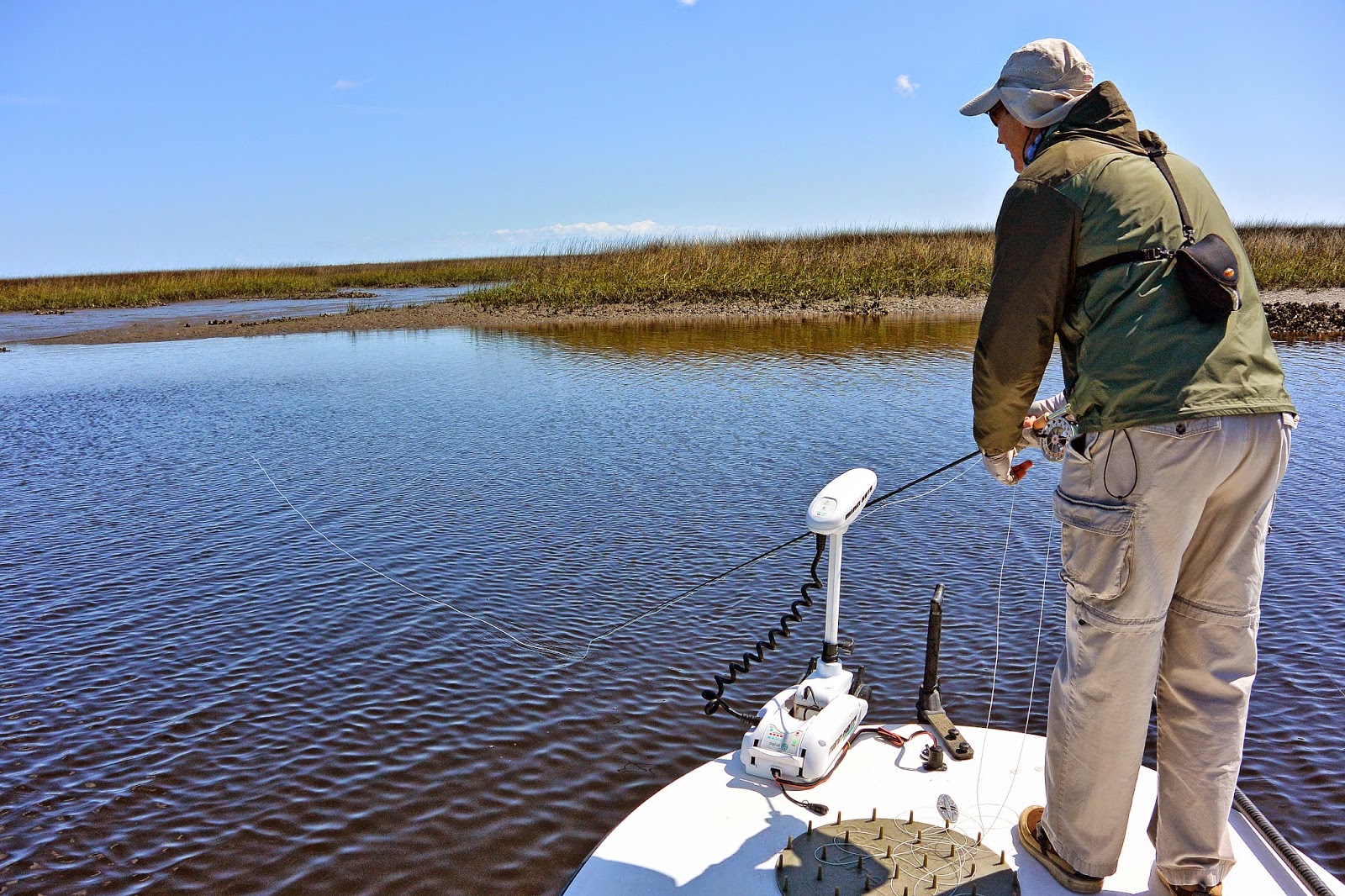 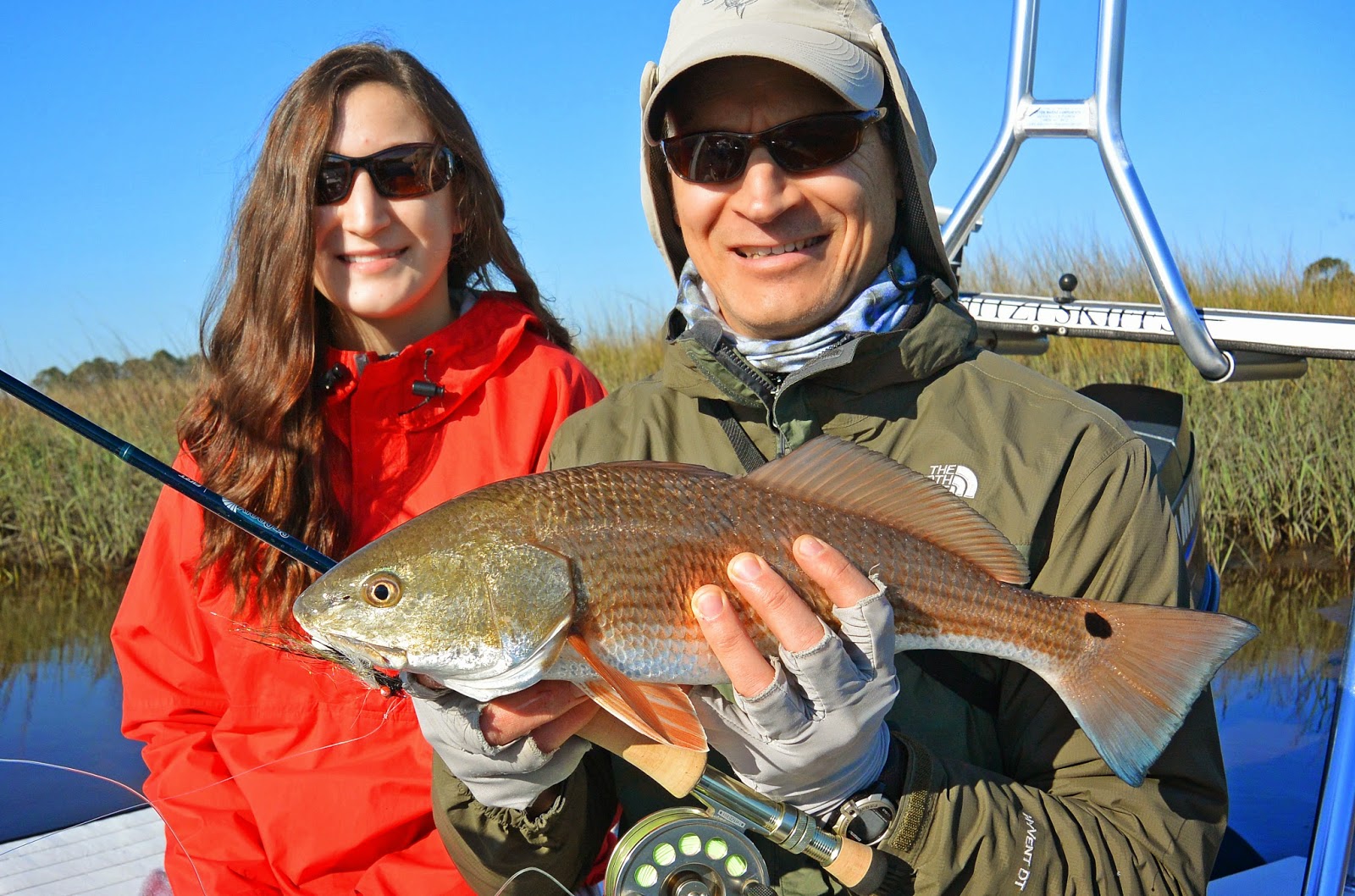 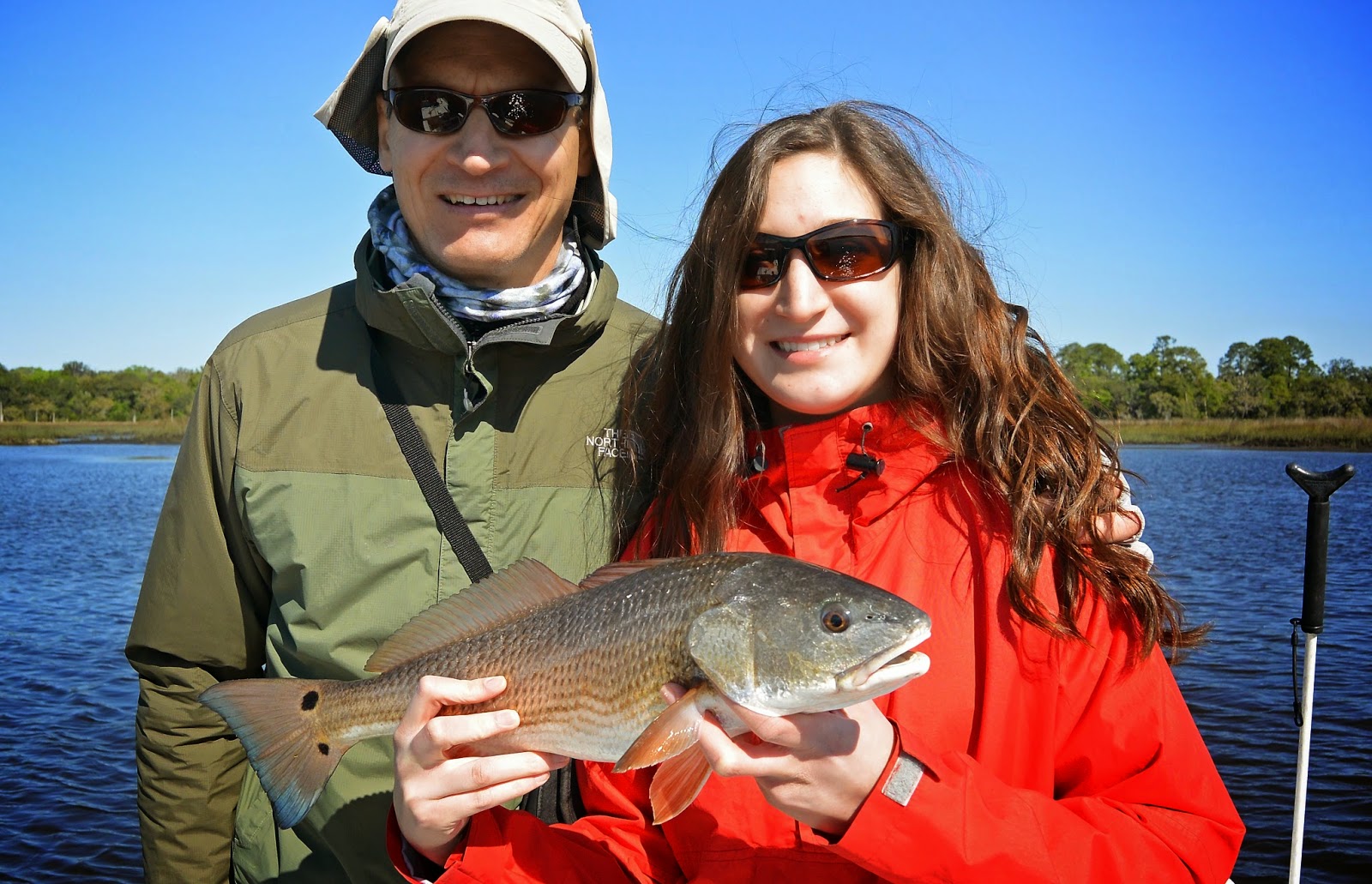