This month of July has been an interesting one with some diverse fly fishing catches mostly early in the day or during the quite and cooler night time periods thus avoiding the afternoon heat and rainstorms.

Starting with the night-time dock lights. It's been the best month of the year so far with some quality sized Sea Trout of up to 5 lbs. caught on my custom tied white and pink San-minnow flies during any part of the tide that has moving water. My clients also caught a wide variety of other fish under the lights including Bluefish, Jack Crevalle and Lookdowns. Pictured below is Dennis M. from Minnesota who casted his freshwater 5wt. Trout rod for a few hours just after dusk and catching over 20 fish including some rarely caught Lookdown's. Then local client Bob M. below fought his first of several Sea Trout on fly that were also caught under the dock lights. First Coast Fly Fishing Unlimited had several other trips with similar results. Hanging around dock lights have proven to be a great way to certainly bend your fly rod and catch some decent fish on fly!

There's also been plenty of sight fishing opportunities to catch those belly crawling-backing Redfish during low tides at dawn if you had the skills to out smart one of these weary fish. Even better yet the end of the month brought in one of our favorite times of the year! The sight fishing game for tailing Redfish on the flooded grass flats. July pretty much puts the season into full swing with the best months coming up ahead that will last through early November. This is a fairly easy way to catch a Redfish, Sheepshead or Blackdrum close up if you can quietly stalk and drop your fly in front of them. July started off with some pretty good numbers caught with fellow anglers catching 3-4 per trip around early evening and dusk.

The near shore beachfront action for Little Tunnys had slowed up due to unexpected thermocline with dropping water temperatures that pushed the bait far offshore keeping the Tunnys away.  Report as of 7/25 say there already working there way back inshore busting on bait with diving birds about 3 miles out. I expect the month of August to really get fired up with these fast and furious speedsters and expect to have some good reports next month.

Get out and take a break! Tight Loops and Lines to all ! 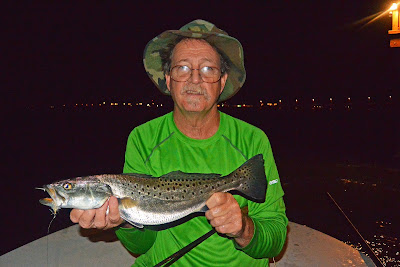 Client Dennis from Minnesota with a Spotted Sea Trout 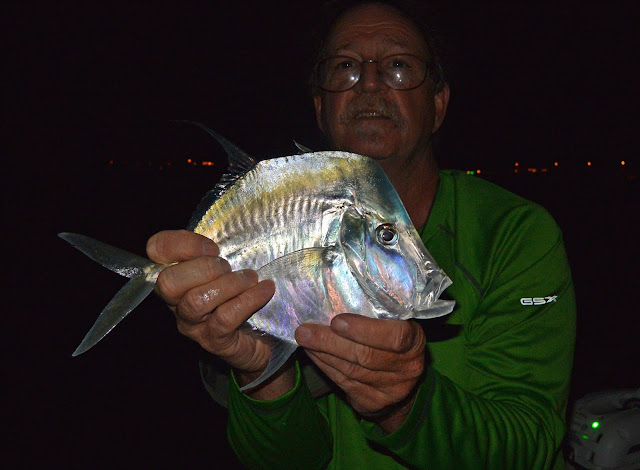 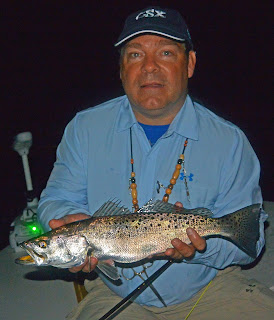 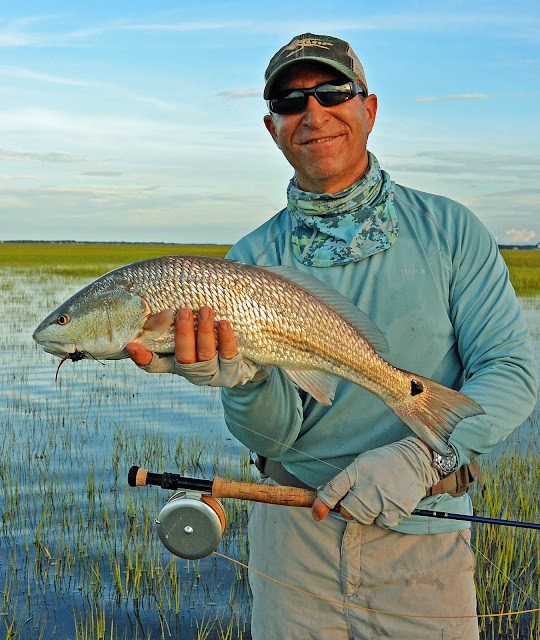